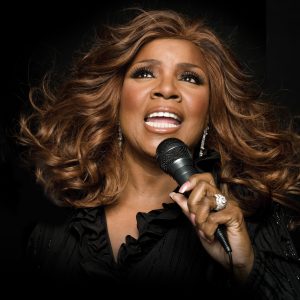 A queen of the disco era, Gloria Gaynor is indelibly linked with the defiant anthem of anyone who suddenly finds themselves single and gay community favourite, I Will Survive. She cut her teeth singing with the jazz/pop group the Soul Satisfiers, releasing her first solo single She’ll Be Sorry/Let Me Go Baby in 1965. Yet it wasn’t until the disco boom of the late 1970s that she found serious success with the uncompromising dance album Never Can Say Goodbye, including the infectious title track which became a major international hit, topping the world’s dance charts. Other club hits followed, such as Honey Bee, Casanova Brown and Let’s Make A Deal but she’ll forever be remembered for the 1978 track I Will Survive, originally included on her album Love Tracks. More disco records followed a similar formula and she had another major hit in 1984 with I Am What I Am. Gradually the hits dried up and Gaynor took a long break, returning in 2002 with the album I Wish You Love and she remains a gay icon.